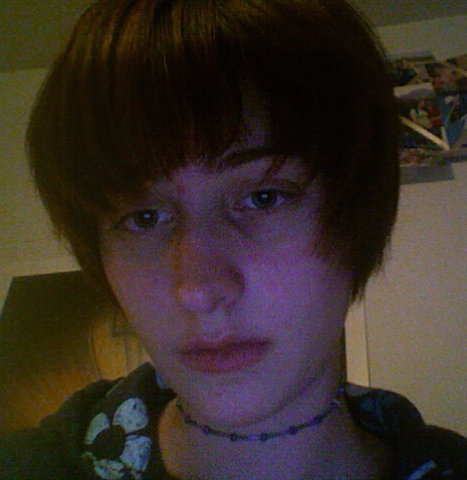 There’s something that I’ve noticed a lot lately, particularly around graduation and friends who are graduating. Oftentimes when we talk about college we hear things like “it’s the best years of your life”. But Miri’s post about her college experience got me thinking: for a lot of us it isn’t. Unfortunately when we try to say this, people often tell us all the good things that happened, try to brighten us up, or censor our experiences in some other way. This is in no way appropriate, but it is so common that it needs to be addressed.

There is a tendency in our culture to not accept negative experiences. We either want to problem solve, or look for a silver lining, or spin our negative experiences in some way. Many people say things like “you can always choose your attitude” or “you grew from the experience”. We want to convince ourselves that we haven’t wasted our time, money, or energy. And other people don’t like hearing someone in pain or unhappy, so they try to reframe a bad experience to fix the negative feelings. This is particularly true around things that are culturally viewed as “good”, or simply high-investment, like college.

Unfortunately, I think this means that we as a culture often ask individuals to quash their individual experiences and almost lie to themselves about what they truly felt if their experiences don’t fit the cultural narrative. It is highly important to be able to say what hurt you and that you are hurt. This helps you process it. This allows you to then move on from whatever fear, loneliness, sadness, or anger you were holding. If you can never openly say what hurt you without someone chiming in and saying “But what about the silver lining” your feelings get invalidated repeatedly. You’ve been told that you can’t actually know what you’re feeling because there must be a positive to your situation.

This can lead to lots of personal confusion about identity and emotions, it can mean you don’t trust yourself fully, and it means that the experience will likely to continue to hurt you. We as a society need to learn to be comfortable with some radical acceptance: some things suck. They happen and they suck. There is nothing that makes them better or ok or worth it. They just suck. Sometimes you need to talk about them and recognize that they suck, accept that they happened, and then move on as best you can. It takes radical acceptance to not question someone else’s experience.

So I want to own up to something publicly that I’m not sure I’ve ever really said in so many words before: I hated college. College was incredibly bad for my mental health. College was where my eating disorder, anxiety, and depression flowered and took over my life. I had very few friends through most of college, and lived through an emotionally abusive relationship. I did not enjoy my academics. There were positive elements, but they were absolutely not enough to make up for the intense amounts of pain I went through. That happened. I left early because I hated it so much.

But even saying that isn’t enough. It’s not enough for me to own up to a watered down version of what happened. It might sound like I’m being overdramatic, but I want to be clear about how bad the experience was for me and that when people tell me it was worth it or great or that they’re proud of me they have no idea what they’re talking about, and they’re on some level telling me that the shit I went through was good and worth it.

It started nearly immediately after moving to college. My freshman year of college I probably halved the amount of food I ate from the year before. I never ate two days in a row. I can count the number of times I ate that January on one hand. That spring I was so miserable that I literally began bawling because my brother was a half an hour late to pick me up and bring me home for break. I could not stand to be on campus one minute longer than necessary. I had friends, but I felt distant from them. They didn’t share things with me. The passive aggressive nature of the campus and covert racism and sexism made me highly uncomfortable. I was bored with my academics. I finished my first year eager to go elsewhere.

The summer after my first year I was on campus taking a class and working. For most of that time I ate approximately once a week. I was exhausted, lonely. I would drag myself through class and work, and then desperately try to find someone to talk to because the alternative was sitting alone in my room for the next five hours. My work was monotonous, dull, and required no thought. I was intensely depressed. I began to realize that the friends I had made over the year ignored me all summer and had no interest in my life or my difficulties. Coming into my second year, I started to feel as if they ignored my needs and struggles completely, and placed themselves above everything else. I was beyond lonely.

My second year I cut for the first time. I was deeply ashamed. I was living with three girls who ignored my repeated requests to turn off the lights earlier, and I spent a whole semester deprived of sleep, uncomfortable in my own space, hiding in study rooms and common rooms. I cried often, sometimes in public, running to a bathroom to try to hide it. At this point I felt I had no friends, no one to talk to, no one to trust. I went through my days in a pattern that felt exactly the same every day, and while I was learning I didn’t feel engaged. Every morning it was a struggle to get out of bed because I knew the day would replicate the previous one exactly. I was spending hours of every day thinking about food, fighting with myself about eating, poking at my body and hating it. I kept trying to force myself to exercise more and more but I was tired all day every day.

Throughout the summer after my second year, my self harm got worse. I experienced bad relationship troubles. By the fall of my final year I had broken up with someone I cared greatly about and spent the better part of a month nearly suicidal and going through each day just wondering when I could get back to my room to cut again. It was all I lived for, and it wasn’t much. The only reason I did not kill myself then was because I kept wondering who would find my body, and I felt too guilty to do that to anyone. One night, a friend of mine broke into my room and stole my razors. I was terrified when I found out because I didn’t know who it was. I spent the next hour searching my house for something sharp and ended up sitting in the corner of my bed crying, rocking back and forth until at least 3 in the morning because I was afraid someone might come into my room.

Following this I entered into a relationship in which I was pressured for sex, emotionally manipulated, guilted, and shamed. I had begun to find the glimmers of a few friendships after my previous breakup, but my new boyfriend cut me off from everyone and demanded all my time and attention. He began to hurt himself and blame me. He pinned his whole life on me and made it my responsibility. I collapsed under the pressure.

Through all of this I felt that I was not doing enough academically, despite graduating with honors, that I should be keeping up more extracurriculars, working out more, and volunteering more. I was in a constant state of self-hatred for not living up to my own expectations. I was bored out of my mind with most of the academics. There were classes here and there that engaged me, discussions or professors that were wonderful and kind, but overall I found myself disengaging with class because I felt condescended to with the material. Boredom is a huge trigger for me. It makes me anxious, worried that I’m doing something wrong, worried that I am not accomplishing. Nearly all of college I was bored with my classes and frustrated with my classmates.

After I graduated I chose to pursue a second degree at another institution because I didn’t know what else to do. The loneliness of being at a big school led to some of my worst self harm to date as well as the beginning of purging and bad exercise addiction. I would go days without speaking to anyone. I spent most nights crying. More than anything I just wanted to stop, but I couldn’t bring myself to drop out because that would have made me a failure.

College was horrible for me. I was lonely, guilty, self-hating, and judgmental.

I have been bitter about college since I graduated. I have envied the experiences of those who had a positive experience. And I have tried so many times to see what I got out of it. I have thought about what I learned, the good relationships with professors, the books I read, the sports I did. But none of that makes up for what I went through, and all it does is ask me to forget or spin the pain that I felt.

Today I don’t want to do that, I don’t want to learn and grow from the experience. I want to validate to myself and in front of others that it was bad and it was not my fault. It has made me who I am, and all I can do from this position is simply try to move forward with the tools that I’ve got, but one of the tools I have is honesty and I honestly want to say that the best lesson I can learn is to never put myself in a similar position again.

I want the people around me to acknowledge how bad it was. I want to be able to own the hurt so that I can move on and I don’t want to continue having to smile to people and lie about my college experience because people don’t want to hear you say that you were miserable. I’m tired of feeling pressured to put a smile on my face because college has to be a positive growth experience. I have done this for years. Every time a friend or relative asked me how college was I lied through my teeth because it was expected. I’m done with those expectations because they have made me bitter and they have asked me to keep carrying this pain all alone.

I’m done with that. I hated college. I wish I had done it differently. I can’t, I survived and now I will move the fuck on.

One thought on “Telling the Truth About Shit”