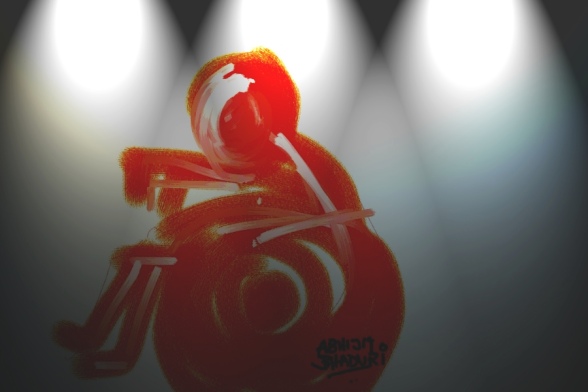 Disability activism is an area in which I often suck. I’ve only just started to dip my toes into reading work about disability and theories of neurodivergence and so on. Which means that I’m still on the fence about a lot of stuff and thus this post will be fairly speculative (and quite possibly overly 101). Most particularly the thing that I want to focus on today is technology and the way that new technologies interact with disability and illness, especially the ways that we define disability and illness.

For a long time, things like blindness and deafness were not the kinds of things that we debated on whether they were good or bad. We couldn’t change them and so for the most part services for those people were about simply helping them get by in their environments with the skills that they had (when it was decent. Sometimes it just turned into locking them away. That is definitely not good). However with the advent of certain new technologies, we may have the ability to reverse some of these conditions. Cochlear implants are a great example. Deaf individuals can choose to use technology in order to hear as most other people do.

But with the ability to make the change comes the question of whether or not we want to make the change. For many deaf individuals the answer is no. They see deaf as an identity and don’t feel as if they cannot manage in the world as they are. Some deaf people say that cochlear implants are a way of telling deaf people that they’re wrong or less than. If the default position of society and the medical establishment is that you need technology to change a fundamental fact about yourself, it’s certainly easy to see how someone might get the impression that the message being sent is “you need to be fixed.”

On the flip side, there’s really no question that as society today stands, it is easier to be a hearing person than a deaf person. Especially when a baby is born deaf (particularly to hearing parents) and the parents have to decide whether or not to give the child a cochlear implant, most people assume that it would be cruel not to give the child that leg up. Most people speak a verbal language rather than a signed language, most schools and jobs are set up for hearing individuals, technology often relies on sounds. There are some clear benefits to being able to hear.

Let’s change the script a little bit. There are clear benefits to being white in society as it stands today. White people are far more likely to hold high paying or powerful jobs, get promoted, get hired, get good grades. The dialects that are common to African Americans are devalued while standard white dialects are held up as normal and correct. Being black is just harder than being white.

While most people would agree with the second script (and if you don’t then you need to brush up on your racial politics), almost no one would suggest that the solution is to just make black people white. Similarly, many of the reasons that being deaf is hard in society isn’t because there’s something wrong with deaf people but because society is just set up around the needs and abilities of hearing people. We could easily say that life would be easier if we all had more legs (because more is better right?) but the way things are set up now wouldn’t work for those people. There’s nothing inherently better about having doors the size they are or schools set up to teach through vocalizations, it’s just what’s common and works for a lot of people.

The autistic community is a great example of this kind of reframing. The more we learn about autism the more we find out that autism itself doesn’t actually cause very many problems. It’s far more likely that interacting with a society that has different expectations is what causes the problems. When people with autism are met where they are, they’re astoundingly talented and functional (for example when they’re communicated with in clear and literal ways, when they’re allowed to learn while moving or standing, or when they’re given weighted blankets or clothes to help them with sensory sensitivities). The problem comes when everyone assumes that people should all function the same way. It’s actually not that hard to adjust and help meet someone’s needs.

Now to contrast these basic disability 101 concepts let’s look at something that is pretty clearly a problem: eating disorders (I know, I’m repetitive). There are many people with eating disorders who don’t want to go to treatment, take meds, eat food, have therapy, etc. It is a hallmark of eating disorders that people who have them don’t want to get better. And yet we can very clearly point towards the fact that eating disorders are harmful, they can kill you, and when people do recover they tend to see that it was really not in their best interest to resist treatment.

There are some clear differences here: there is no society in which having an eating disorder would make your life easier or better, whereas it’s absolutely possible to have an autistic or deaf community where those conditions are normal and great. But there are other things that live in between these two examples, and with the advent of medical technologies that might be able to cure them, how do we decide what counts as an illness, disease, or disability, and what is simply a difference? Who gets to make those choices? In a wholly hypothetical world, if we could ensure that a child is born hearing, seeing, mentally sound, etc. are we morally obligated to ensure these things because they’re “better”?

At the moment, the medical establishment, whether that be through the DSM, Big Pharma, or doctors, makes most of these decisions. It’s probably good that doctors are involved in the definitions of disease and disability, but what’s really missing is the internal perspectives of the people we define as disabled. There is a lack of respect for the rights of individuals even in cases in which they are clearly harming themselves by not seeking treatment (such as eating disorders, where people are often pressured or bullied into treatment). More than anything, the assumption that a condition has to mean the same thing to every person is a huge problem. Not every deaf person will experience their deafness as an identity they care about, but not everyone experiences it as a hindrance either.

I seriously doubt there will be a clear answer of where to draw the line between “totally acceptable and not a problem difference” and “thing we really should work to change.” But what I worry about is that going forward technology will put more and more power in the hands of government, pharmaceutical companies, and doctors instead of individuals to promote certain treatments. I hope we don’t walk blindly towards it.

4 thoughts on “Who Gets To Define Sick?”