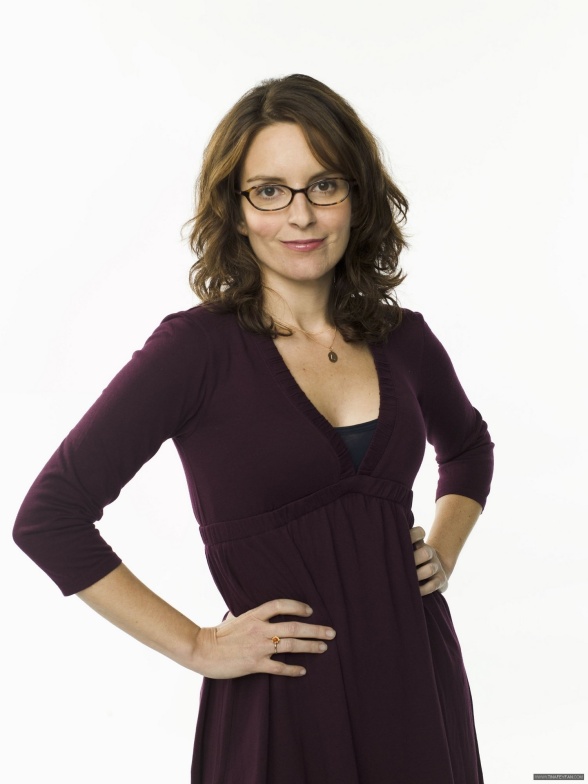 I’m a bit behind on the times, but I’m finally getting around to watching 30 Rock. Unsurprisingly, I deeply enjoy it and also appreciate that Liz Lemon is unabashedly interested in promoting women. But there’s one little thing that drives me crazy every time I watch the show.

Tina Fey is a conventionally attractive woman. She is skinny, white, has a pretty face, dresses perfectly well in the show and elsewhere, is able bodied and cis. There is really nothing about Tina Fey that falls into the unattractive category. She also is a pretty normal person. Her weirdest habits are such odd things as eating, not going to the gym, and working too much. So why are there comments nearly every episode about how Liz Lemon is fat, how she’ll never get a boyfriend, and how she’s really weird?

There’s an entire plot line about how she needs to settle instead of holding out for her ideal man, because she’s already over the hill (at the age of 40, which is younger than my parents had me). How damaging is it to see a beautiful, skinny woman called ugly and fat over and over? I know that personally when I watch the show, I walk away feeling more self conscious and more worried about my appearance because any body is apparently fair game for criticism, even in shows that are purportedly feminist.

The contrast in 30 Rock is uncomfortable. Liz isn’t doing anything wrong. She’s perfectly competent at her job, and yet she’s sexually harassed, teased, mocked for her weight and her body, and told she needs to stop eating as much. She seems ashamed of her behaviors, which is a weird choice for the writers and for Tina Fey as Liz is supposed to be a strong (although flawed) woman. We don’t need anymore women with stereotypical, unrealistic flaws. We don’t need anymore women whose flaws are that they work too hard and don’t clean enough and have high standards when it comes to dating and like to eat. I’m getting really sick of the “very pretty person portrays nerd/ugly person” trope, as it reinforces over and over again that a. ugly people shouldn’t be ugly because it’s wrong in some fashion and b. that if you actually aren’t conventionally attractive then you’re full on hideous.

This is hardly a new complaint. We see it in a lot of the geek to pretty girl movies like The Princess Diaries or She’s All That. Except that in this case it’s a show that’s heralded as being good for women, and it’s not nearly as obvious. There’s no one telling Liz that she directly needs to change in order to get something, just mocking. We can do better. We can have more Tina Belchers.

2 thoughts on “Liz Lemon Is No Tina Belcher”