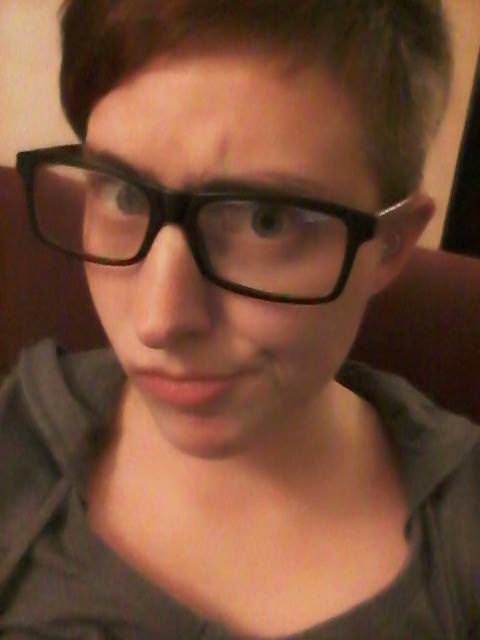 Over the weekend I had a realization.

I was watching a panel focused on autism called Thriving on the Spectrum, and found myself frustrated with one of the panelists who seemed to be fairly defensive and called out other panelists a number of times when they didn’t agree with her. She was vocally antagonistic to parents of autistic children, seemed extremely upset that other panelists didn’t completely condemn Autism Speaks (instead saying that they have increased awareness but are problematic), and seemed quite agitated for the whole panel.

A few days later, the same individual posted a long comment on a mutual Facebook group, detailing the ways that the other panelists acted inappropriately. She called on convention organizers to do better, to not include parents or spouses of those on the spectrum, and to police the panels better, even going so far as to suggest that some of the behavior was abusive or condoned abusive behavior by others.

I have tried throughout my time on the internet to read and/or listen to the first person experiences of people who don’t have the same privileges I do. I have tried to take them at face value and accept that someone else lived through something that I didn’t. First person narratives are often privileged because the individual was actually there, because none of us know what happened except for the person telling the story. And it’s certainly true that no other person can tell you that your experience was wrong. You experienced what you did.

I strongly want to distance myself from those people who suggest first person narratives are suspect because people lie. This is not a post about people lying. This is a post about objectivity.

Now some people out there might look at this pair of experiences and say that I am the correct person because I am more objective. I was not emotional or upset, I wasn’t personally involved in anything that was happening, I spoke with someone else about the panel afterwards and verified my perceptions. The person on the panel is not neurotypical, she was agitated, she was “oversensitive.” Of the two of us, my perspective is the socially validated one.

The problem of course with this set of assumptions is that neither one of us is objective. As important and helpful as first person narratives are, they are not great at giving other people a clear and unbiased collection of facts, and they’re really not supposed to. They are one experience.

Where this seems to become a problem in my mind is when someone uses a single personal experience as a source of outrage or scandal, or when prior individual experiences start to overwhelm current experiences. Of course we can never have complete objectivity, and of course we all view things through the lens of prior experiences. And in the moment all we can do is use the current information we have.

But when it comes to blog posts, social media, complaints, and formalized repercussions, it seems highly important to me for everyone involved to recognize that immediate impressions are nearly always more extreme than thought out and measured responses. If you are going to publicly object to someone’s behavior, it seems pretty important to just do a double check of what happened and why it’s unacceptable, as well as double checking with other people who were there to ensure that you’ve got the events right.

These might seem like really obvious statements. And I think on some level most of us know these things. I hate the idea that we live in the midst of an ‘outrage culture,’ but I do think that there are some ways people pushing for social justice and change can do a better job, and this is one of them. No, being angry or having emotions doesn’t make your perspective less valid. But that also doesn’t mean we have no responsibility to double check and question our own perceptions, because human memory is faulty and people aren’t objective.

Experiences like this not only lead me to question my own perceptions, but also lead me to feel a lot of suspicion towards first person accounts, leaving me wondering if all the people who report microaggressions etc. are exaggerating. And then I remember that my first, emotional perception might be flawed and I think again.

And I suspect that my perception is being colored by my own privilege. And so I take into account the facts of multiple hundreds and thousands of experiences of other people. And so I don’t make a complete ass of myself by tromping all over the experiences of someone with autism (I hope).