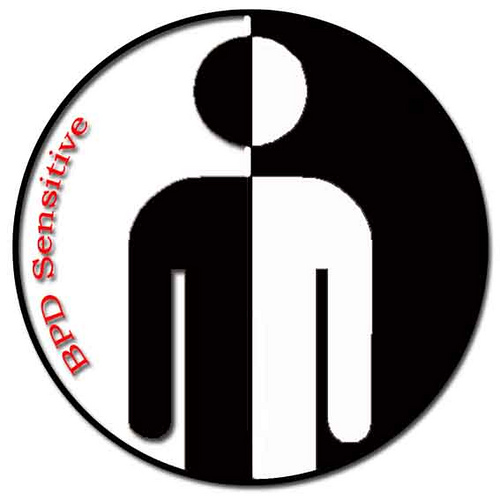 This is a completely unscientific exploration of connections between a few different diagnoses that has been helpful to think about for me. This will be a long one because there’s a lot to work through, but I think it’ll be interesting.

I’ve started to notice a lot of parallels between autism and borderline personality disorder, and have also seen that eating disorders or feeding issues are incredibly common comorbidities for both of those disorders. I’m curious about why that is, whether there is misdiagnosis going on, and whether BPD and autism might actually be more similar than most people think.

Let’s start with some facts. Autism tends to be coded male. There are far more boys with the diagnosis than girls, and it can be incredibly difficult for girls to get a diagnosis of autism (girls have a much higher age of first diagnosis than boys, and studies that independently measure symptoms found many undiagnosed girls). Some people have even gone so far as to say that autism is an “extreme male brain.”

The diagnostic criteria of autism are as follows:

A. Persistent deficits in social communication and social interaction across multiple contexts, as manifested by the following, currently or by history (examples are illustrative, not exhaustive, see text):

1. Deficits in social-emotional reciprocity, ranging, for example, from abnormal social approach and failure of normal back-and-forth conversation; to reduced sharing of interests, emotions, or affect; to failure to initiate or respond to social interactions.

3. Deficits in developing, maintaining, and understanding relationships, ranging, for example, from difficulties adjusting behavior to suit various social contexts; to difficulties in sharing imaginative play or in making friends; to absence of interest in peers.

Severity is based on social communication impairments and restricted repetitive patterns of behavior (see Table 2).

B. Restricted, repetitive patterns of behavior, interests, or activities, as manifested by at least two of the following, currently or by history (examples are illustrative, not exhaustive; see text):

3. Highly restricted, fixated interests that are abnormal in intensity or focus (e.g, strong attachment to or preoccupation with unusual objects, excessively circumscribed or perseverative interest).

4. Hyper- or hyporeactivity to sensory input or unusual interests in sensory aspects of the environment (e.g., apparent indifference to pain/temperature, adverse response to specific sounds or textures, excessive smelling or touching of objects, visual fascination with lights or movement).

Severity is based on social communication impairments and restricted, repetitive patterns of behavior (see Table 2).

C. Symptoms must be present in the early developmental period (but may not become fully manifest until social demands exceed limited capacities, or may be masked by learned strategies in later life).

D. Symptoms cause clinically significant impairment in social, occupational, or other important areas of current functioning.

On the supposedly opposite side of the spectrum is Borderline Personality Disorder, which is far more common in women, and in many ways is the modern hysteria. It’s diagnosed often in women who are seen as unruly or out of control, is an incredibly controversial diagnosis, and is seen as an extreme “female” brain.

The diagnostic criteria for BPD are as follows:

A pervasive pattern of instability of interpersonal relationships, self-image, and affects, and marked impulsivity, beginning in early adulthood and present in a variety of contexts, as indicated by five (or more) of the following”:

So these two diagnoses appear to have almost no overlap. In fact they appear to be complete opposites in some ways (extreme emotional reactivity vs. restricted emotional expression). One of the things that is incredibly common in both of them though is misdiagnosis and stigma.

BPD is so stigmatized that some therapists intentionally misdiagnose to protect clients from stigma. However it also has many overlapping features with PTSD, bipolar, major depressive disorder, schizophrenia, and anxiety disorders. Men are often misdiagnosed with Antisocial Personality Disorder or substance abuse. Autism is often misdiagnosed in women as ADHD, bipolar, depression, anxiety, or OCD. There are a few odd things about these high rates of misdiagnosis, the first being that two disorders that appear to be diametrically opposed could have so many similar misdiagnoses.

If we go beyond the strict diagnostic criteria, the behaviors of BPD and autism can look surprisingly similar, especially when we look at how girls present autism. From a Guardian article on autism in girls and women:

“‘Autism is seen as a male thing, and boys are often physical in expressing themselves when unhappy, whereas girls implode emotionally,’ says [Sarah] Wild [head teacher at a school for autism]. ‘Boys tend not to be interested in contact and friendship, whereas girls desperately want friendship, they become obsessed very easily if they focus on someone as ‘theirs’ – whether a girl or a boy – and they yearn for boyfriends.’

Girls with autism are likely to worry about body image and get very involved with TV series and celebrities, says Carol Povey, director of the NAS’s centre for autism. And there is a clear association between autism and eating disorders, as a report by Cambridge University’s autism research centre, led by Professor Simon Baron-Cohen, notes.

While boys tend to be diagnosed as young as three, late diagnosis can be a problem for girls, whose behaviour can be dismissed as “teenage hormones”. ‘They are full of emotion and implode into isolation and depression if things go wrong,’ says Wild. Things seem to start going really wrong at about age 13, she says, when many become school phobic.”

These differences end up creating a very different picture of autism in girls and women than in men and boys, one that looks far more similar to BPD. Both diagnoses can include serious self harm or suicidal ideation, controlling behaviors (especially in relationships), black and white thinking, feeding issues/eating disorders, trouble with social situations (including anxiety), depression, and sensory issues. For those with BPD, life often feels like it’s lived without an emotional skin, and that can come with strong reactions to sensory stimuli. For those on the spectrum with strong sensory seeking needs, behaviors can start to look impulsive. BPD tends to be diagnosed during the teen to early adult years, and girls also are likely to get an autism diagnosis in later childhood to early adulthood. And in both cases, the lack of a diagnosis can be a huge source of frustration, confusion, depression, and welled up emotion.

Another similarity is the diversity of presentations of each of the two disorders. Because of the way criteria are structured within BPD, it’s possible for two individuals to both have the diagnosis and only have one overlapping trait. Autism is similar in that it affects multiple areas of functioning, which means there are thousands of different permutations of symptoms and behaviors that can appear.

Both BPD and autism are distinctly underdiagnosed, with more men having trouble getting a BPD diagnosis and more women struggling to get an autism diagnosis. From http://psychcentral.com/news/2009/05/25/borderline-personality-disorder-difficult-to-diagnose/6070.html

“The study included 70 adults who met the criteria.

All had been given a diagnosis from the fourth edition of the Diagnostic and Statistical Manual of Mental Disorders (DSM-IV) in the past and had also seen a mental health professional in adulthood or been prescribed a psychotropic medication.

Yet, 74 percent of the patients who met the criteria for the condition had never been diagnosed with borderline personality disorder in the past, despite an average of 10.44 years since their first “psychiatric encounter.”

What’s hisface examines many of the ways that BPD and autism can look similar: explosive anger or meltdowns, intense relationships mixed with difficulty getting close to many people, serious miscommunications. If you look at an individual who self harms, has serious anxiety and anger issues, attaches to one person and has difficulty connecting with others, is incredibly sensitive, and who sometimes engages in intense and seemingly odd behaviors to fulfill stimulation seeking, would you assume BPD or autism? Because it could go either way.

Control is not a word that most people associate with BPD, but I’m not sure why. In my experience, the more out of control someone feels, the harder they try to cling to control. All of the BPD symptoms that I have are the things that have pushed me to develop intense rituals and rules for myself, out of fear that any deviation will lead to complete chaos. Others who have comorbid BPD and eating disorders that I have spoken to (entirely anecdotally) have also felt that they use the control of the eating disorder to cope with the intensity and chaos of the BPD.

Also anecdotally, many of the folks that I’ve talked to on the spectrum talk about having rituals so that they can feel more in control when they are overwhelmed by extreme sensory input or because of difficulties with theory of mind. The OCD tendencies that I have and the information that I’ve read about OCD indicates that rituals, control, and rigidity in OCD also stems from a fear of being out of control, a fear that the world could change or fall apart or go wrong in some unknown or drastic way if you do not engage in the rituals. Chaos is often what leads to extreme control.

For those on the spectrum, that often comes in the form of social interactions that make no sense and sensory input that is overly intense. I’ve also heard many on the spectrum say that in contrast to the assumption that they have no empathy, they actually have an excess and simply can’t figure out how to make other people happy or feel better. The emotional elements of this explanation ring familiar to someone with BPD: other people seem unpredictable, swinging from perfect to evil in a day. You just want to be good enough, kind enough, the best possible person so that no one will be sad or unhappy or angry or want to leave you.

Especially of interest to me are the sensory elements of BPD, which I could find almost no research about at all. BPD is well known for coming with extremely strong emotions, but in my personal experience, that often comes with sensory sensitivities as well. Emotions aren’t just experienced in the head: they’re experienced in the body. I have to regulate my food and sleep extremely carefully in order to be functional, I have strong reactions to textures, and as someone who is often overwhelmed by my emotions I can’t handle crowded, loud, or otherwise overwhelming places very well.

And when you add in an eating disorder to BPD, you get some serious sensory sensitivities in the form of taste, smell, and touch (often aversions). All together it makes me wonder if BPD and ASD are all that far apart, or if they both might be pointing to a variety of disorders that look similar but have different etiologies. I wonder if some of those disorders overlap, and gender is playing a big role in who gets what diagnosis. I wonder whether concepts like a sensory diet could be helpful for those with BPD or whether learning concrete social skills like setting a boundary could be helpful for those with ASD.

Obviously all of this is speculative, and it seems unlikely that BPD and autism are the same thing. But I do think that the strict delineations between personality disorders and autism, or simply the received knowledge of which disorders are “like” which other disorders might not be helping folks get accurate diagnoses or useful treatments. There are more crossovers than appear at first glance.