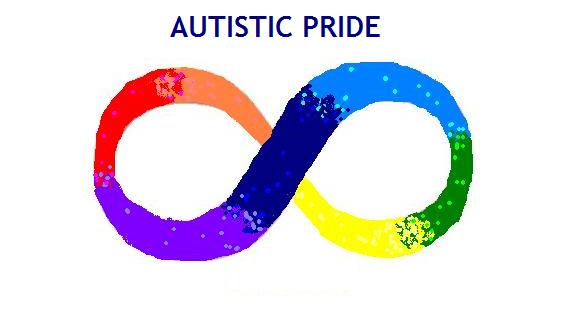 Because I work in an autism related position, I spend a lot of time reading about autism. Which means that I often get a sense for what’s happening in the autism world. Lately there’s been a lot of hooplah around Steve Silberman’s new book Neurotribes, which for anyone interested in autism sounds fantastic and which I intend to read once my year of reading non-male authors is over.

Mostly the response has been incredibly positive. But unsurprisingly, many parents of autistic kids are coming out of the woodwork to talk about how shitty their lives are and how it’s not fair to talk about the good parts of autism. That may be an uncharitable interpretation of their words, but at this point I have reached a level of frustration with parents of autistic children that means I am uncharitable. I see posts that talk about how neurodiversity is whitewashing autism, revealing parents’ fear of their children, their attempts to restrain or fix their children, their conviction that their children must be miserable.

And I understand that raising a kid with autism is hard. Really hard. Just like…oh I don’t know, raising a kid. I understand that being neurodivergent is hard. Just like, oh I don’t know, life. It’s certainly more difficult because society is not set up in a way that’s conducive to living with neurodivergence, but that doesn’t mean that people with autism or other brain differences hate themselves or their lives. Some of them do. Some neurotypical people do. But do we consider it whitewashing life to talk about positive stories? No, we consider it part of life: mostly worth it, also hard.

But what really and truly pushes my buttons is the fact that I shouldn’t have to write this post. People with autism have spoken for themselves. I have repeatedly seen articles from individuals who are non verbal, “low functioning,” or with limited verbal abilities who have lived those same experiences that parents talk about. They talk about self injurious behavior, about being treated as incapable, about the same meltdowns and panic attacks that their parents see as an imposition on their lives.

And do you know what those people say over and over? They promote neurodivergence. They say that while there are difficult and trying times in their life, they have grown up to understand their strengths and skills as well. They say that while they may appear to be high functioning to the outside world, they have times and areas in which they are “low functioning,” but that doesn’t diminish their worth or make them want to get rid of their autism. They repeatedly talk about how much they hate the functioning labels that parents use to explain why their child is different, worse, harder.

But over and over parents say no, those are just the high functioning people. My kid can’t write an article like that, which means that these people don’t speak for my kid. Any person in the media is clearly not a low functioning person. They don’t understand.

None of this is to say that living with autism isn’t hard. I have my own neurodivergences and they can sometimes make my life hellish. But that doesn’t mean I want my brain to be different or that there are no positives. I hear the same thing from autistics. And I just want people to start listening to their honest, complex, shades of gray experiences.

Just like we advocate for when it comes to the experiences of women, or people of color, or GLBT people, or any other group that has started to speak out about their experiences. Just like we expect other people to listen to us when we tell them what our lives are like.