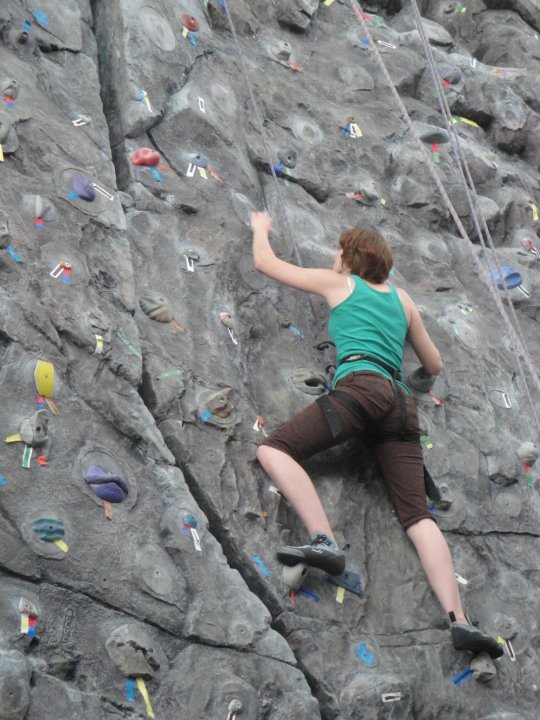 My dear friend Elly/Lux/awesomepants mcgee posted a really interesting question on Facebook earlier today, and I was of course compelled to answer and then blog about it. She asked “This might just be due to my fucked up brain, but am I the only one who doesn’t see non-suicidal self-harm as an entirely bad thing?”

And oh my do I have Thoughts about this one.  Most people shudder and get extremely freaked out by the thought of self-harm. That’s completely understandable, as it goes against our most basic instincts: stay alive as long as possible and avoid pain. It’s confusing and sick to many people why someone would want to hurt themselves. However there are some good reasons why some people self-harm. Self-harm is a coping device. It can help you to feel in control again when the world feels out of control, it can numb pain or provide the only sensations when you are feeling numb, it can be a form of self-punishment when you’re feeling guilty and assuages those feelings, it can be a release when you’re feeling too much to handle, it can help you feel more clarity, it can relax you and relieve anxiety…there are all sorts of reasons why someone might want to hurt themselves, and the end goal of pain and injury is rarely the root cause.

So self-harm serves a purpose. It can be very helpful for people who are struggling. It can be what gets them through the day. If the injury that they cause to themselves isn’t serious, what’s the problem? We wouldn’t be getting this upset if they tripped and scraped themselves up. The person isn’t in danger, they aren’t damaging themselves, most of the time the cuts won’t result in any sort of health risk, they aren’t impacting their own quality of life (in fact they’re likely trying to improve their quality of life), so what’s the downside?

Well there are a few things to consider as the downsides of self-harm, and that would impact your health and quality of life.

1. It makes relationships hard. People who care about you don’t want to see you hurting. Generally if you’re using cutting or self-harm as a coping strategy, it means there’s something that needs to be coped with, and so the people around you become worried and anxious about how you’re doing. They want to help and solve the problem, but they’re also hurt by the fact that you’re hurting. This generally means that you get secretive about it. It can lead to lying or hiding, and you also tend to isolate when you self-harm because you think you have your problem under control and don’t want anyone to take away your coping mechanism. People can become very defensive when they think someone might take away their ability to self-harm, and they also feel judged. Overall this leads to a loss of communication, a loss of openness, and a loss of relationships.

2. There is ALWAYS the potential to do more damage than you intend. No matter how careful you are, no matter where you cut, there is always the potential that your hand slips or something happens and you land yourself in the hospital. When you self-harm, you are always putting yourself at risk in an extremely direct way. You are literally trying to get as close as possible to serious injury or death without quite moving past the line. Now many things in life involve risk, but generally we see things in a cost/benefit analysis way and weigh the risks with the benefits. It’s very possible that there are less risky ways to get the same benefits.

3. It rarely deals with the root of whatever you’re trying to cope with. It’s more of a band-aid than a fix, because it doesn’t teach you the skills to solve your problems. Whatever situation is making you feel like you need to hurt yourself will not go away because you hurt yourself. In many ways, it might exacerbate the problem because it allows you to tolerate for a longer period of time instead of changing the bad situation that you’re in. It’s a strategy that allows you to handle whatever is going on without working on whatever is going on. If you need a fix to get you through something you can’t change, then it might be very effective, but in the long run it’s not.

4. It usually escalates. Like anything else that gives you a kind of a high, you begin to get numb to it. Whatever adrenaline you might have gotten from a few scratches before dulls as your body gets used to it, and now you need to cut more or deeper in order to get the same relief. And the more you escalate, the higher your risk of serious injury or suicide is. Just like drugs or alcohol or whatever, you go further and further, and I think that for many people it does become addictive or obsessive. I know some people who can’t fathom going a day without cutting. When you can’t live without your coping mechanism, it probably is not actually helping you cope anymore. When it has lost its function, it’s simply unnecessary risk.

So there are clear benefits to self-harm. You get calm or relief from it, it helps manage emotions, and it can be a way to get through a difficult situation without breaking down. However there are also a lot of risks and downsides to it, like potential serious injury and lack of long-term effectiveness. Given these pros and cons, I think that each individual should be left to their own devices to decide if the pros outweigh the cons for them (up until the point it becomes seriously dangerous). What doesn’t make entire sense to me is the out of proportion reaction that many people have to self-harm. There are all sorts of hobbies that are risky and dangerous. Take rock climbing for example, which is also something I do and love. It’s probably at least as dangerous as self-harm, and doesn’t directly provide benefits in the same way that self-harm does (I mean it is good exercise and good stress relief, but it’s not nearly as effective as self-harm). There is no logical reason why people should see self-harm as inherently worse than other potentially dangerous hobbies and practices, but there is a huge stigma against it. Despite the fact that there are downsides to self-harm, they don’t warrant the panic that seems to appear at the mere mention of self-harm. It’s not inherently worse than any other injury or risk simply because it’s self-inflicted.