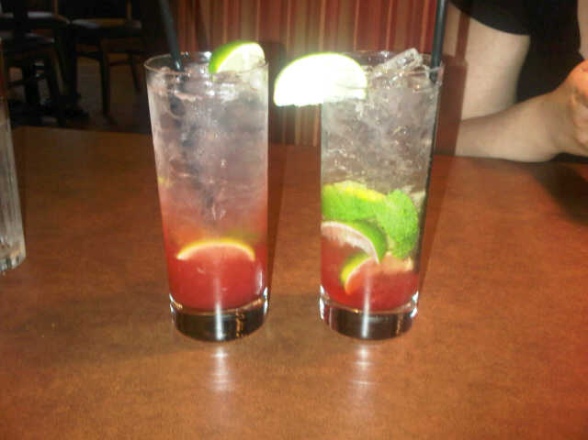 I’m baaaack! Sorry it’s been so long, but with GISHWHES and a week on vacation without internet, there was no way I was going to be posting. I’m happy to be back in action though, and so I decided to take on a topic that I’m sure will piss some people off. Hooray! I want to give you a basic template for determining if a rape has occurred, and who is culpable.

Or rather, let’s talk about rape, because drunk people cannot consent and people who have sex with nonconsenting people are committing rape.

Or rather, let’s talk about what it means to “have sex with” someone. That phrase seems really simple, but it can obscure quite a bit. When you hear that phrase, do you imagine that one person is acting on another, or that two people are doing something together? Sometimes I hear it used to mean one, sometimes the other. That is a huge problem for dialogues around consent and rape, because the difference between those two parsings is the difference between sex and rape.

Most of the time we can tell if one person is the active participant or if both people are actively participating in sex. We don’t always talk about rape that way. We don’t necessarily talk about the things that the rapist did. We talk about the things the victim did: did they run away, did they fight, did they scream. But we don’t talk about who is initiating contact, who escalates from kissing to touching, who removes clothing, who initiates penetration, etc. Those are usually pretty good markers of who is an active participant in an encounter (there are obvious exceptions, particularly in BDSM situations, but those exceptions almost always require pre-negotiation or a pre-existing relationship that uses non-verbal and mutually discussed cues to indicate if someone is consenting).

Where many people get confused is when alcohol comes into play. How does consent work between two drunk people? Aren’t we all raping each other because pretty much all of us have had sex while drunk?

I think things are both more confusing than many feminists want to realize (it is not just as simple as “consent is easy, any time a penis touches a vagina while people are drunk a man has raped a woman”) and less confusing than most other people want to recognize (we can figure this out, I promise). It hinges on those two meanings of “having sex with.” Most people want there to be a single metric to understand if a rape occurred and who did it. Typically that is consent: who was capable of giving it, who gave it. When alcohol is in the mix, I think we need to have a two step process instead. Step 1: determine who could consent. Step 2: determine who “had sex with” whom. Rape is not just the presence or absence of consent: it is continuing to engage in sex without the presence of consent. So we need to determine both pieces. That can be tricky when we’re not willing to talk about the nitty gritty of what it actually looks like to be an active participant in sex, and who was being active.

A big disclaimer: this DOES NOT mean victim blaming. It DOES NOT mean that if a person was active up to a point and then stopped being active, they were “having sex” the whole time. It DOES NOT mean that any prior sexual activity is relevant. What it means is using the actual facts to determine who was the aggressor. He took off her pants and she did nothing? He was having sex with her. She pulled him upstairs and grabbed his dick? She was having sex with him. While it sucks for victims to have to relive what has happened to them, it is also important to know the details of what happened, and that is true of any crime. This is not an excuse for cops or other officials to act as if a victim is a criminal or to force them to recount it over and over. A victim should give a detailed account once, and that should be good enough, unless they have left out a detail, or someone is confused.

I will in a future post discuss how we teach young people to both be active participants in sex, EVEN IF one person is more assertive or you’re doing a sub/dom scene, or one person likes receiving. But for now, let’s accept that we do a shitty job of talking about mutual assertiveness in sex, and recognize that who is doing what is an important part of discussing rape.

So step one: if only one person can consent and sex occurred, their partner raped them. If both people can consent, then great! Go to step two to help determine IF both people consented. Can neither person consent? This is the situation that most people seem greatly concerned about, especially in college campuses. What happens if both people are drunk?

Step two: was this a mutual encounter and everyone could consent? Great! You’ve had sex, and no one raped anyone!
Could everyone consent, but only one person acted while the other didn’t reciprocate? This is probably a red flag. It could have been negotiated this way, but encounters that are entirely one sided should probably get you to look a little more closely at them, whether they’re your own or whether you’re an official trying to decide if someone was raped or not. Get some more information about who says they consented.

Now we get to the one that EEEEEVERYONE is interested in. What if no one could consent? What if everyone was drunk? Here’s where it becomes incredibly important who actually actively participated. If only one person was active, then they are the only rapist. It doesn’t matter that sex involves two bodies, if only one person is making it happen, EVEN IF both people are drunk, then only that person is culpable. We cannot assume that that person was the man because that’s bullshit. We have to ask who did what to determine who was the aggressor. Many people get caught up on step one (which really isn’t that confusing) and forget about step two (which sometimes can be confusing, and is awkward to talk about, and really sucks for victims, but is necessary).

If both people are drunk and actively participating, then they both violated each other’s consent and are both culpable. We can discuss whether it’s possible for two people to rape each other or what the harm is in this situation, but it’s NOT the same as when one drunk person takes advantage of another drunk person. These are the situations that I worry are obscured when feminists use metaphors or parallels to other crimes that someone can commit when they’re drunk: most other crimes do not also come with a high likelihood of the criminal being a victim as well. When a feminist says that a drunk rapist is still a rapist, just like someone who drives drunk is still culpable, they miss that sex always involves two people, and that we do need to take the time to ask if both people were actively involved.

This is why we can’t just say two that two drunk people had sex with each other. That phrase obscures that sometimes it’s a one sided action and sometimes it’s mutual. That’s why many people are so concerned that their child or friend or acquaintance is going to be held responsible for a mutual encounter, instead of recognizing that the majority of the time we are talking about encounters in which only one person was active. In fact, it’s incredibly common for rapists to intentionally get their victims drunk and themselves remain barely buzzed so that they can use the confusion around the phrase to defend themselves. Those situations are the reason that feminists and other activists are so concerned with alcohol and rape. So please, if you find yourself wondering why one person is being held responsible for “drunk sex” but not the other, look at who actually did things. You might learn something.